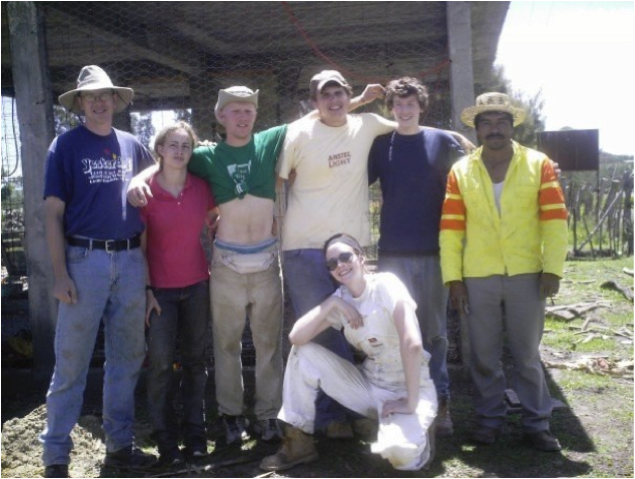 Holt, 3rd from left, with friends in Chiapas, Mexico, building with Habitat for Humanity International, 2007

When Holt and Stone were killed in the summer of 2009, they were coming home.

They loved home, the idea of home. Surrounded by the easy familiarity of friends and family and pets. And they believed in helping other people create meaningful homes.

Both Stone and Holt volunteered for affordable housing projects when they could. Holt was a team captain for Rebuilding Together of Washington DC, and he built home repairs in West Virginia. Both helped Habitat for Humanity build homes for those who needed them -- Stone in Tennessee and Holt in Mexico.

Through your continuing support, the Foundation is able to continue to put some of Stone's and Holt's beliefs into practice -- which is exactly what they were so good at doing.